5 Tips to Prepare for the Q4 Government Spending Spree

The government fiscal fourth quarter (Q4) is rapidly approaching, meaning the busiest time of the year will soon be upon government contractors. Between July 1 and September 30, federal agencies scramble to spend what’s left in their budget, in fear that their budget will be lowered the following year if there is excess money. This causes a government spending spree in the last quarter of the fiscal year.

September is categorized as the “use it or lose it” month in federal contracting. According to the fiscal 2021 budget request, studies have shown that one out of every nine dollars in federal contracts was spent in the last week of the fiscal year. The budget request states, “On average, the Federal Government spends $3.2 billion a day in contracts. In the last two days of 2018 alone, agencies spent $10 billion a day,” (Budget of the U.S. Government, 2020, p. 17).

Q4 of the government fiscal year provides an opportunity for federal contractors to maximize their current contracts and win more contracts.

So, what can you do as a federal contractor to prepare for the busy season? 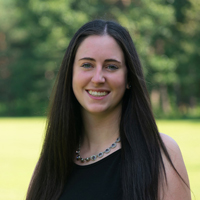 Vanessa is the Marketing Manager at JetCo Solutions. She leads the company’s strategic marketing, communications, and advertising initiatives while creating compelling content for all marketing channels.