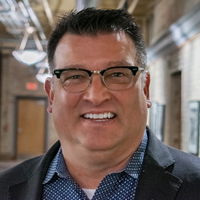 GRAND RAPIDS, MICH (November 20, 2019) — A local veteran and business owner was recently elected advisor for the West Point Association of Graduates, the Alumni Association for the United States Military.

Lieutenant Colonel (retired) Jon Tellier is a West Point graduate of ’89 and is the founder and president of JetCo Solutions, a Grand Rapids-based small business that helps clients sell to all levels of government. LTC (retired) Tellier served in the United States Military for 24 years and held multiple leadership positions from platoon to company command, including a deployment to Iraq in support of Operation Desert Shield and Storm.

On November 19, the West Point Association of Graduates held an annual meeting to elect members of the Board of Directors and the Advisory Council. LTC (retired) Tellier was elected as an advisor and is the only advisor from Michigan. He will serve his term from January 1, 2020 to December 31, 2020.

“I’m honored to have been elected to this position and I look forward to giving back to West Point,” LTC (retired) Tellier said.

LTC (retired) Tellier also explained that in addition to his role as advisor, he will be joining the West Point Membership Committee. He plans to use best practices and techniques to attract young individuals to join the Military.